MapleStory2 is the MMORPG developed by NSquare and published on October 10, 2018, by Nexon. The game features 10 classes at the time of writing this guide (February 2019), one of which is Priest. Today we are going to focus on this class, talk about how it works, it’s skills, mechanics, builds, and attributes in detail. I will try to take a more in-depth look into the Priest, to share with you the most comprehensive PvE guide I am able to put together for beginner players who simply want to learn more about Priest class. People that search for guides or tips on other characters such as Heavy Gunner, Knight, Soul Binder, Berserker, Wizard, Thief, Assassin, Archer should consider checking the link below, there’s a general class guide with list of links to separate classes.

Now let’s start with the overall view of the MapleStory 2 Priest Build and Guide.

Priests are dedicated and the best healing class, keeping friends well and alive by casting spells and helping them by sharing their powerful buffs with the party. Because of the things mentioned in the previous sentence, they are a must-have in almost every party and most of the dungeons. Priest players have to learn to always stay vigilant as the difference between life and death of other players is often the matter of seconds. If you enjoy the playstyle of a healer, pick the Priest. Also, it’s not that hard class to play as.

Both damages enemies and heals allies in a line making it not a  bad choice to use on your Priest it isn’t that easy to use though.

Celestial Light should always be kept on enemies at all times because of its synergy with Steadfast Faith, giving you additional Spirit. In addition, it’s a nice damage-over-time skill.

Holy Blast is the highest damage skill in your arsenal and a great AoE skill.

To make its damage output even better, you should use it on enemies debuffed by Celestial Light.

It’s good both as high DPS source and as an obstacle you put between yourself and enemies to cast safely.

If you properly place it, it deals massive damage to enemies and also helps to keep your team members alive.

A good AoE skill with decent damage, if you are not close enough to use Holy Blast, Scourging Wave is a perfect replacement.

A channeled skill that has to be held down to apply the debuff every 0.5 seconds, skill is very useful mainly because of the increase in damage taken, it’s a great boost to the DPS for your team.

Requires your angel to be active to use this skill.

It has to be paired with Celestial Guardian to use, it acts both as powerful AoE and a buff for both offense and defense.

A nice buff to your damage output.

A good choice since duration of Celestial Guardian, Celestial Blessings and especially Holy Symbol is not really long, and they are very useful skills.

Passively boosts your healing skills. Since you are the only dedicated healing class and posses a lot of healing abilities this skill is really useful.

Healing Prayer is cheap and effective AoE heal that you can spam easily due to its low Spirit cost.

Heavenly Wings is able to cancel other skills.

Heavenly Wings can act both as a tool to get to teammates quickly and save them or as a dash allowing you to escape danger.

A really powerful buff boosting your team offensive fighting capabilities, it has a really long cooldown to balance it out. Also, it’s a good way to restore Spirit.

Increases your weapon damage, not much more to say about it.

Instant skill boosting your defense and dealing AoE damage to enemies, can be cast while using other skills.

Your starting passive ability that increases your Spirit regeneration and allows you to cast more spells.

Priority of statistics on items 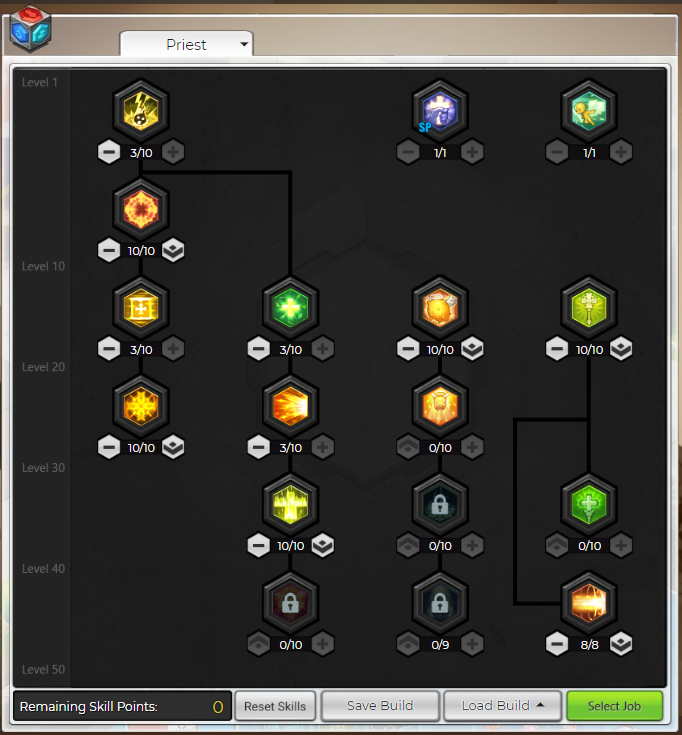 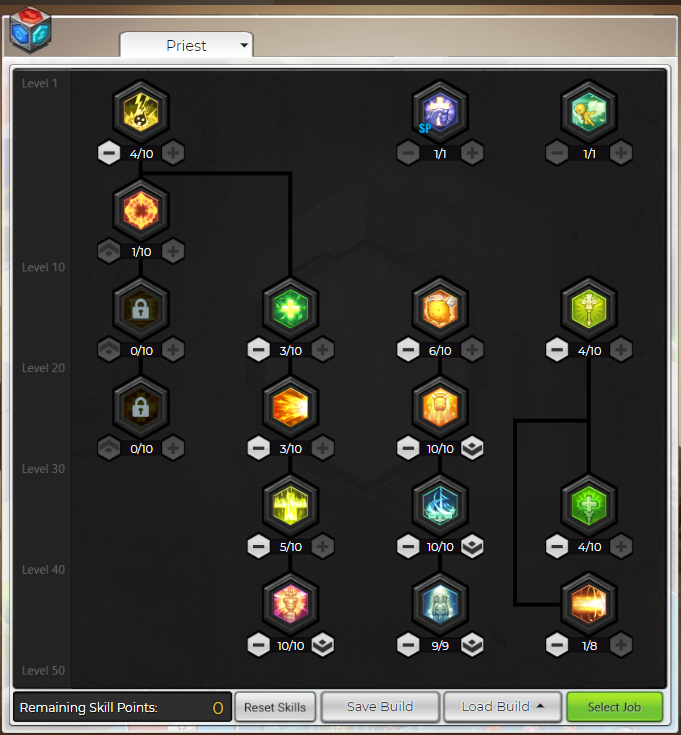 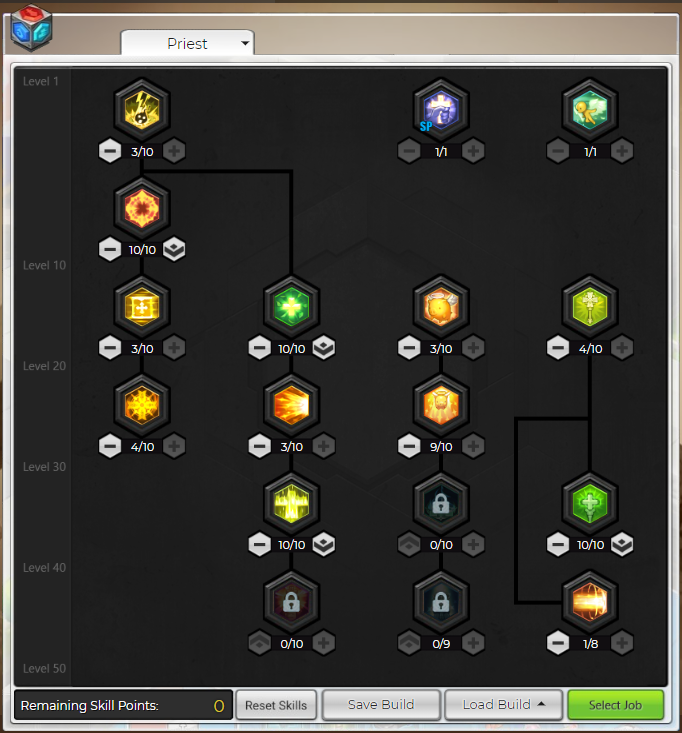