MapleStory 2, following the pattern of other MMORPG genre representatives, offers multiple character classes to pick. You can choose one of the ten characters represented by both genders – Priest, Knight, Heavy Gunner, Soul Binder, Berserker, Wizard, Thief, Assassin. Runeblade, and Archer. The Thief will capture the attention of these players, who are willing to engage in close-quarters combat, but also value mobility.

Let's look deep into the shadows to discover MapleStory2 Thief build and guide, which is a part of our comprehensive MapleStory 2 Classes guide.

By the first look, Thief may seem like the most selfish character of them all. It appears that he's only interested in gathering riches of the world for himself. But there's enough good in him to take a swing at saving the same world for once.

Beware – Thief is the most difficult class to master in the whole MapleStory2. That's why only highly skilled players are capable of taking full advantage of Thief's dual-wielding and poison-based fighting abilities. But if you are ready to put the necessary effort into it, you can take control of the best DPS character in the whole game.

- Very high DPS potential – in the hands of a highly-skilled player, Thief can be the best DPS in the whole MS2

- Has the ability to pump up allies attack speed.

- Hardest class to master in the game

- Good DPS can be provided only by highly skilled players

- Hard to find parties willing to allow Thief into their ranks

Now we will examine the Thief's skills, on which we are going to base our build. At the very beginning, you will have an opportunity to level up such skills as Double Slash, Mind Stealer, Poison Edge, and Spirit Thief. Thanks to them, you will be able to modify Thief to your gameplay likings and desires.

- The percentages in the brackets are the upgrade range of the skill, usually from rank 1 to 10.

- "Active" and "Passive" next to skill names determine whether they have to be activated manually in case of active skills or are always in effect in the case of passive skills.

- Level in captions informs at which level skill first becomes available to use.

Double Slash (active) - Quickly stab enemies with your daggers, dealing 31% - 49% damage 2 times up to 3 enemies within 3 m in front of you. Has a 7% - 16% for 5 sec when the attack lands. When Cunning is active, and some additional skills are enhanced, movement speed increases by 30%. The damage of each attack depends on the weapon held in each hand.

Mind Stealer (active) - Nimbly move 4.5 m forward, dealing 40% damage up to 3 enemies standing in your way and absorbing their energy in order to restore 10 spirit per target.

Poison Edge (active) - Swing your poison coated daggers to deal 68% - 104% poison damage up to 5 enemies within 3 m in front of you. Keep pressing the Skill key to trigger a 5 hit combo. The last hit deals (72% 0 126%) poison damage and moves you 3 m in the direction of your choosing.

Base: With active Cunning, this skill is empowered. It consumes 10 spirit.

Expanded: Your daggers poison the enemy for an additional 11% - 20% poison damage every second for 13 sec on each hit of this skill. It stacks up to 5 times. This skill deactivates Cunning. It consumes 10 spirit.

Base: Breaks the opponents' stances and slows them by 30% - 45%. It reduces their jump power by 30% - 45% on top of that. Activating Cunning empowers this skill.

Expanded: Stuns enemies for 1 second. Cancels Cunning when activated. When the skill is active, it grants you immunity to knockback.

Vicious Cuts (active) (Level 22) - Swiftly stab with your daggers, dealing 35% - 62% damage 5 times up to 3 enemies within 3m in front of you. When Cunning is activated, this skill is enhanced. The amount of damage dealt with every attack is affected by the weapon held in each hand. It consumes 28 spirit.

Base: With Cunning activated, this skill is enhanced. It consumes 26 spirit.

Expanded: Your spin makes enemies dizzy, giving you 81% - 99% chance to evade their attacks for 1 second. This skill cancels Cunning. It consumes 26 spirit.

Surprise Attack (active) (Level 31) - Targets afflicted with Poison Edge or Poison Vial will take additional (313% - 520%) poison damage for each, and the poison will be removed. Activated Cunning empowers this skill.

Cunning Tactics (active) (Level 19) - Recover 20 – 35 spirit points and activate Cunning for 5 seconds. While Cunning is active, your movement speed is increased by 30%, and some skills are empowered.

Retaliation (passive) (Level 37) - Dodge an incoming attack and position yourself for a counterattack, which restores 12 – 30 spirit. It increases physical and magic attacks by 4.5% - 18% and increases evasion by 6 – 15 for 12 seconds. This effect has a 1-second delay before you can reactivate it.

Mesoguard Plus (active) (Level 46) - Thief creates a meso fueled shield. If Cunning is activated, the skill costs no mesos, but Cunning is deactivated.

Expanded: Create a meso fueled shield centered around your weapon that lasts for 12 seconds. It increases physical attack by (11% - 39%) and reduces damage taken by 2.6% - 8%.

Boss damage - One of the most important stats, since it increases your damage unleashed on bosses.

Physical Piercing - Ignores a portion of the enemy's physical

Every player willing to play as a Thief class character must be aware that it is the most challenging class to master in the whole game. In comparison to other classes, the Thief will not make good use of key macros. So a different approach is required. 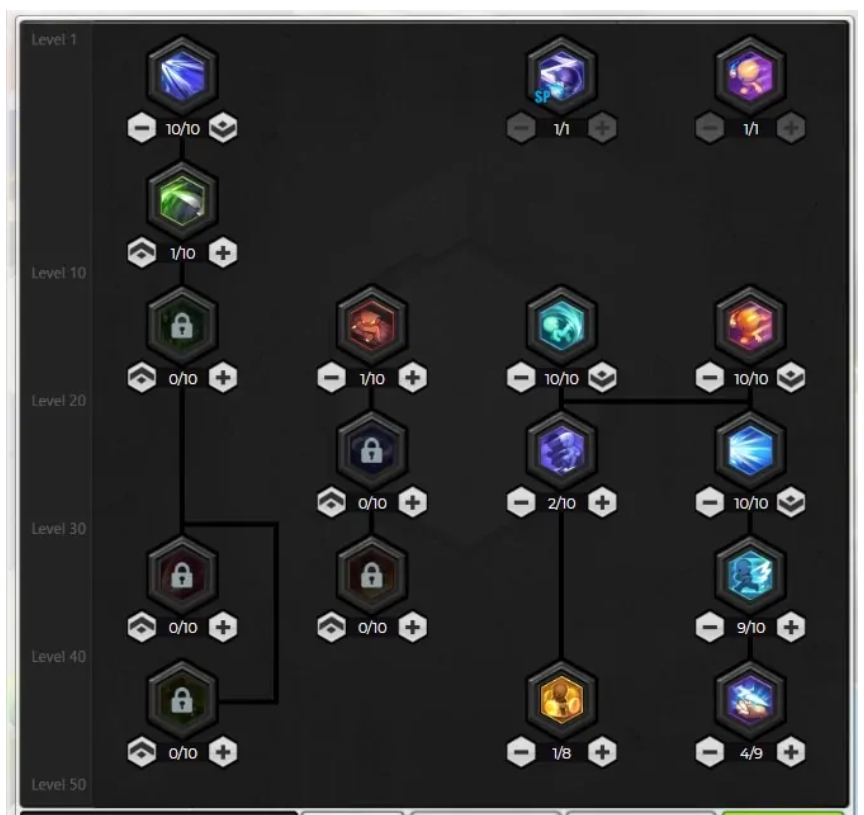 This build offers the highest DPS and is well suited both for leveling your character and end game content. It's based on doing damage instantly, rather than DoT.

The whole concept of this build is based on Cunning Tactics skill, which upgrades Vicious Cuts skill to the point of dealing twice as much damage. Both Somersault Kick and Mind Stealer Skills are used as SP regenerators.

Use the Haste buff, then swing Poison Edge, use Cunning Tactics and stab an enemy with Vicious Cuts. In case of running out of SP, use Somersault Kick and Double Slash to regenerate it and go back to using Vicious Cuts when your SP are restored. 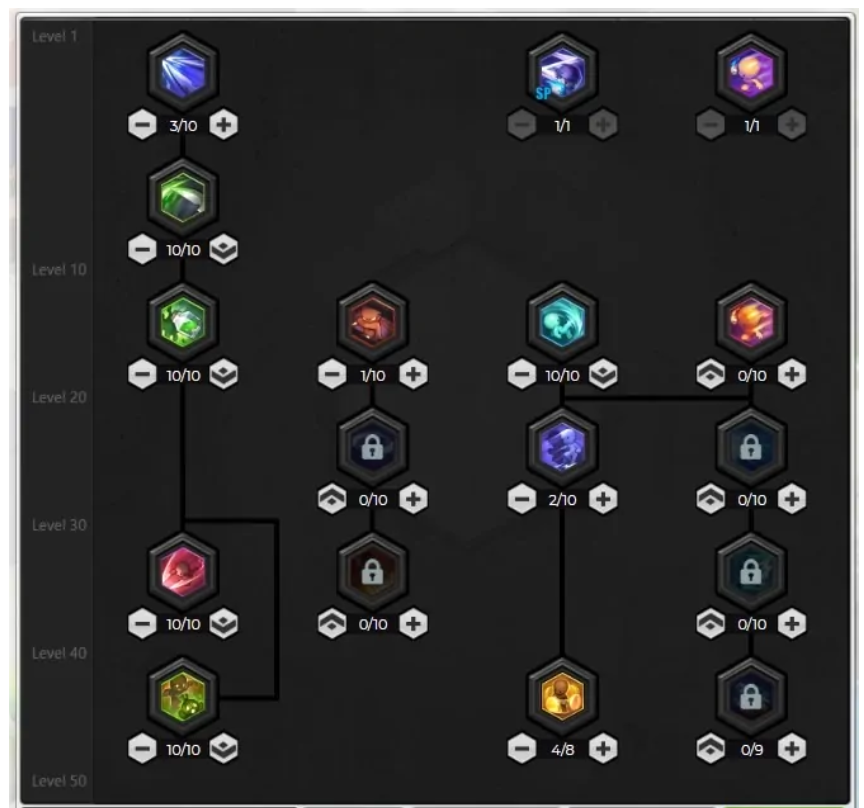 This MS2 Thief build is centered around the Poison mechanics. You poison your target and watch their HP drop down to 0 while you avoid attacks. On the negative side of things, it makes you more vulnerable to enemy attacks.

Rotation of skills for this builds looks like this: Cunning Tactics → Poison Edge → Poison Vial, and when it's running out, use Surprise Attack.

That's it in terms of a build for MapleStory 2 Thief. We hope that the guide had helped you to understand the role, positioning, gameplay, and overall characteristic of the most difficult class in MS2. Now, that you have read it, it's time to hop in onto the servers, and poison them enemies to the death!

In the breaks between slashing opponents, killing them slowly with DoT's, and somersault kicking, be sure to check out our other stuff, we've prepared for MapleStory 2 Fans, especially the ultimate MapleStory 2 class guide.