Knight is one of the classes available in MapleStory2, if you are a beginner looking for in-depth guides, tips on how to play or successfully create a MapleStory 2 Knight build you are in the right place! Keep in mind that in this Knight guide I will not be covering PvP or leveling aspect of the game, however, I will try to explain in details gameplay mechanics, strategies and items to help people playing as a Knight.

For other classes such as Wizard, Heavy Gunner, Priest, Thief, Soul Binder, Runeblade and Berserker visit our main article about classes where they are linked.

Let’s begin with an overview of the Knight class.

Want to save your teammates from monsters and other abominations willing to hurt them during raids or dungeons? Knights are durable and well-armored warriors excelling at soaking up damage and protecting the team from danger.

Picking a tank class is generally not a bad idea if you prefer to be the one taking damage instead of worrying about your damage output. Just remember unlike in some of the other MMORPG games, there is no aggro or threat system in MapleStory 2, so you won’t be the exclusive target of bosses attacks.

Good skill for keeping your party alive in dire situations. Get either this one or Defender of the Faith.

Works similar to Bulwark, with the main difference being Defender of the Faith also gives you a dash. Putting points in either of them increase the number of allies that can be shielded at the same time and significantly reduces the cooldown.

Can be used to replenish Spirit, not very useful otherwise.

Iron Shield is useful when you are about to take a lot of damage you can’t avoid, 70% reduction is significant and helps Priest in your group by allowing him to focus on other party members instead of healing your wounds.

Not really a crucial skill. Boosts your damage output a bit when you are blocking attacks.

AoE aura increase team defensive statistics, best used when you can reach most of your team with its effects and during AoE attacks of Bosses.

Decent albeit short in duration damage buff, similar to Shield Wall best used when grouped with the rest of your teammates so everyone can benefit from its effects.

Not much to write about, simply increases your damage output.

Mandatory skill, it’s used as a basic skill when you are waiting for other cooldowns or regenerating Spirit points.

Divine Strike is high damage melee attack and should be used as soon as it’s off cooldown, and when you don’t have enough Spirit points for Typhoon Slash. It’s a must have and a good source of your DPS.

Strong melee attack dealing a lot of damage with no Spirit cost and fairly low cooldown, also boosts your mobility as it has a built-in dash.

Used mainly for its defensive stats boost, not really good as a damage source due to small damage.

Helps you move around quickly, another use is as a measure to cancel other skills.

Crucial skill because of its defense reduction aspect, should be always kept up on enemies to maximize DPS potential of other players in your group.

A cheaper alternative for Typhoon Slash, consumes less Spirit but has a lower damage output, recommended if you are having a problem with managing your Spirit points while using Typhoon Slash.

Used mainly for its crowd control capabilities, if you need to pull enemies but don’t have enough Spirit points for Typhoon Slash.

Knight’s ability with the highest damage, a must have skill, hitting enemies multiple times and the main drain of your Spirit points, use always when you’re approaching maximum Spirit Point threshold.

Priority of statistics on gear 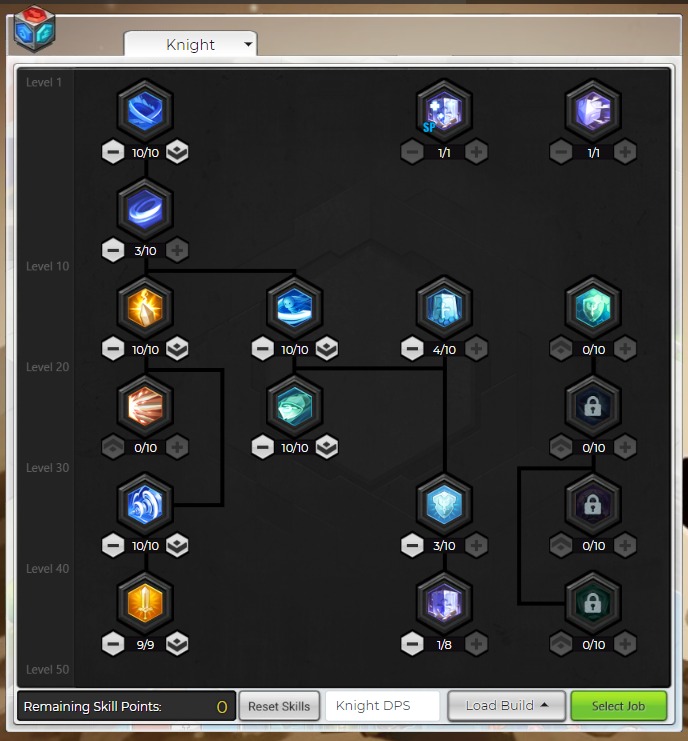 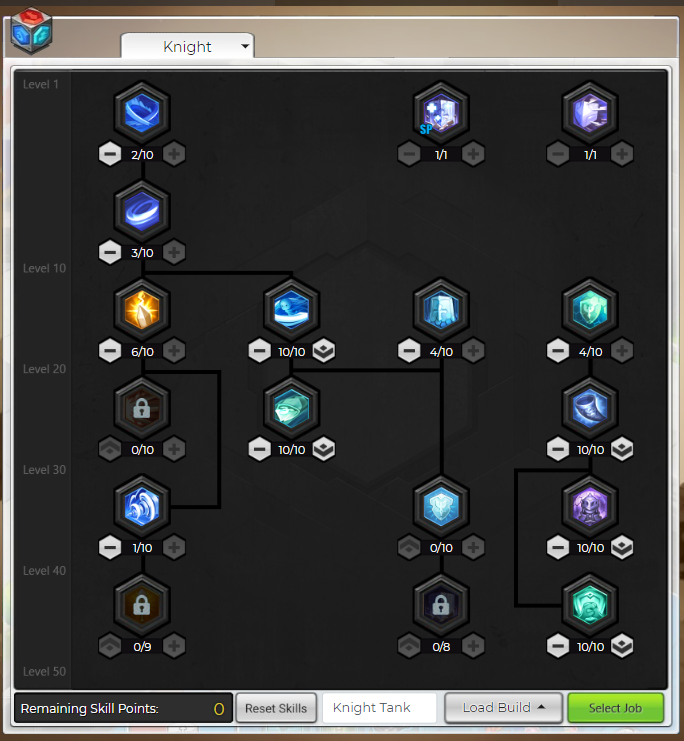