If you have not yet tried Maplestory 2, you might want to check it out. It is an MMORPG made by NSquare and published by Nexon in 2018. As of the time of writing this guide, there are ten classes featured in the game, with the Assassin being one of them. With this article, we will guide you on your way to create a potent Assassin character, explaining all the major mechanics as well as what skills and attributes to pick.

If you are interested in playing other classes as well, make sure to check our Maplestory 2 guides for classes such as Knight, Soul Binder, Berserker, Wizard, Heavy Gunner, Thief, Priest, and Archer.

Now, let's move on to the actual overview of the Assassin class, shall we?

Assassins are straight damage-dealers, built usually around Critical Damage. Their single-target damage is outstanding, and their burst damage can take down most enemies in a matter of seconds. They also possess high mobility with their ability to dash.

Assassins are the most useful in either Dungeons or World Bosses, as their high DPS can easily whittle down major targets. However, they require a good tank and a healer, as they lack survivability during whopping their foes from afar with their thrown weapons.

While not strictly offensive, as it does not deal any damage, it is one of the more useful skills. Use it to evade enemies.

It is usually used to activate the Thrown Weapon Mastery.

A regular attack; you should rely on this skill when out of SP.

Useful to regen some SP, but usually not very frequently used.

A decent AOE, but its minor damage does not do well against single targets. One of the more core skills.

This skill is useful both for moving and also for avoiding enemy aggro. Use it often as it has virtually no downsides.

Assassin's most crucial skill. Grants you a 100% chance to trigger a critical strike every time you hit an enemy. It is what makes the Assassin one of the highest DPS classes in the game – the crit damage attribute with Fatal Strikes.

One of the primary attack skills of the Assassin, great AOE. Keep in mind that it eats spirit extremely fast, as the cooldown is just 4 seconds. Use it with caution.

Another excellent attack skill which allows you to hit up to eight enemies two times in a row. Often a staple in many builds, especially when coupled with Soul Grind and Mark of Death.

Not the most useful of the skills, most often not taken at all. Sometimes useful with Shadow Burst.

Very often a maxed-out skill. Primary damage spell in a lot of builds. It is used with Shadow Burst in between Shadow Cutter and Lucky Stars.

Usually picked only in meme support builds, which are generally not very efficient. We recommend leaving it unpicked most of the time.

Also mostly a meme skill, not very useful in serious builds. Could be used to escape and slow down enemies.

An absolute must-have in almost every Assassin build. While not being an active skill, it still increases your attack damage by quite a bit, and since most Assassin's skills utilize weapon damage, it lifts your DPS by a considerable margin.

A staple in the meme support build, but otherwise not very useful. Best left unleveled.

The most important stat, in general, is Piercing, as it increases your damage the most.

Critical Damage and Critical Rate are the staple stats of the Assassin class. Try to juggle with the damage/rate statistics to see which works the best. A combination of both Crit Damage and Crit Rate usually is the most efficient. 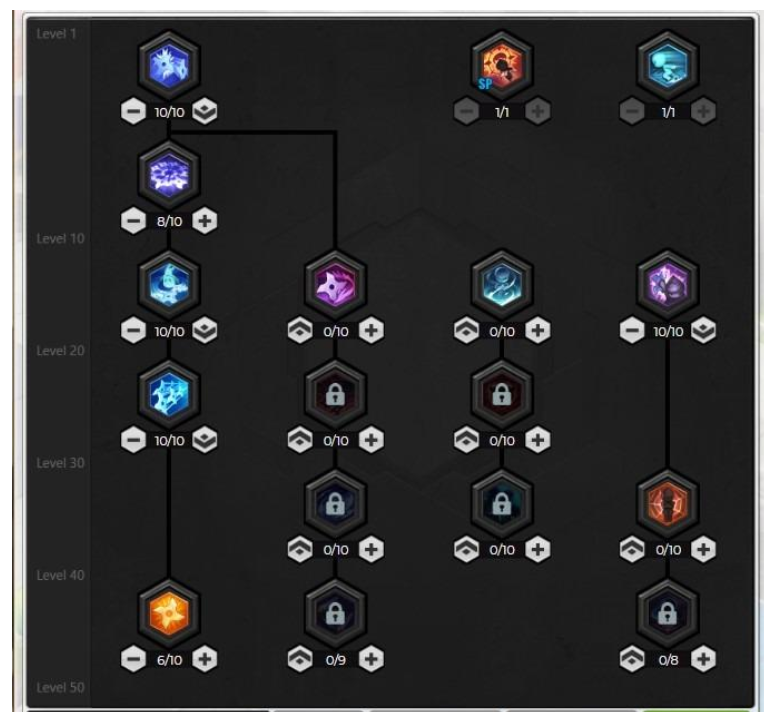 This build is among the most efficient builds currently available. It works great both for leveling and finishing the endgame content. Make sure to utilize two weapons of similar attack damage, as the skills used in the build make use of them both.

In this build, the Thrown Weapon Mastery serves as the most significant damage output increase, without you having to pick your skills carefully. The build is easy to play and powerful, both in the early game and in the late game. The only problem you might have is that the skills, with their low cooldowns, use a lot of SP, which is problematic, especially in the early game.

The best way to make your life easier while playing this build is to utilize a macro. Make sure to pair Lucky Stars, Star Chaser, and Star Flurry together. If you seem to be lacking SP, use Shadow Chaser, especially versus Bosses. Make sure, also, to frequently use Fatal Strikes, as it increases your damage output immensely, allowing you to sit in one spot and press the macro key to make your enemies evaporate.

Alternatively, you could try experimenting with Fragmented Star, which increases your burst damage but is only useful in several dungeons. Try at your own risk. 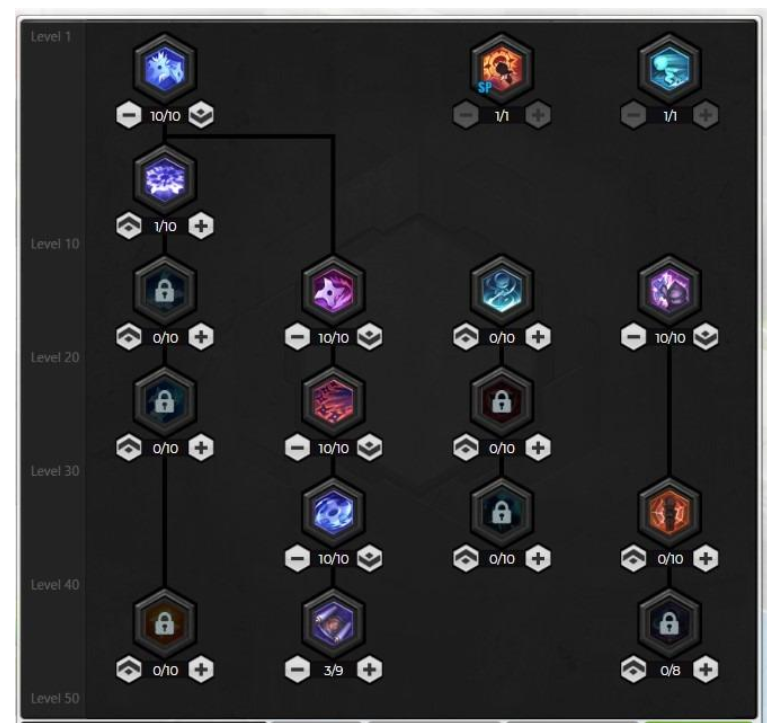 This Assassin build is perfect for people who prefer to party up with other players and play with a team, becoming a powerful single-target damage dealer. However, this one is much, MUCH harder to play and master, as you cannot utilize a macro to make your life easier. It is a good build, however, if you have one of your weapons significantly more powerful than the other. Keep in mind that you will have to keep pressing over five buttons (all of this while trying not to die), which can be quite tricky and requires practice.

Max out Lucky Stars, Soul Grind, Shadow Burst, and Shadow Cutter. The build has both great AOE and a powerful single-target DPS, but it is tough to play. If you feel up to the task, we recommend you try it. You will surely learn in time!

To make your life just a little easier, you can create a macro with Shadow Cutter and Lucky Stars, but all the other skills need to be used manually.

We hope that we managed to shed some light at one of the most fun to play classes in MapleStory 2. The Assassin class playstyle will surely find more than enough fans throughout the world. There will always be hundreds of thousands of players tending to maintain distance while dishing out an immense amount of DPS. The class is kind of flexible - depending on the build, you can go either for PvP or PvE content. As for the difficulty, it is definitely more complex than the Berserker, but far less demanding than the Thief. Every newcomer should not have much of a problem to play it, and it can offer something for the veterans as well.

It is only a part of our MapleStory 2 Guides series. Be sure to check some other stuff related to the Korean bestseller. We keep coming with new content every now and then. Follow us on our social media to stay up to date.