Bloodstone Tutorial Island guide - how to begin the adventure

Welcome to our Bloodstone: The Ancient Curse guide on how to leave Tutorial Island. We will describe step by step what you have to do to get to the Mainland and the city of Doncaster. The process is quite simple, but it might take longer if you haven’t got a clue where to go. Because of that, in our article, we will be presenting some of the maps that will direct you to specific locations. Without a further introduction, let’s jump straight into the tutorial.

What is Tutorial Island?

In Bloodstone: The Ancient Curse, Mangoo Island is the location where all new players start their journey. It is designed to help adventurers learn basic mechanics of the game and to accommodate them with its specific design. On the Island, you will find two main zones: one for free players and one for VIP. In our guide, we will be only talking about the one accessible for all players since it is all you need to get to Doncaster.

Which classes are the best at leaving Tutorial Island?

Every class moves at the same speed at low levels. However, some do better in terms of damage since they have more powerful skills early on than other classes. The best one is the Barbarian. Those have high survivability, a great health pool, and strong auto attacks. On top of that, they can use skills that barely cost any mana. Magic users like Mage and Shaman are also great since they deal severe damage with spells that they get at level 3. However, they don’t have such high defensive stats. Archer and Knight have the worst damage early on, and because of that, they are the slowest classes at the beginning of the adventure.

The map of Mangoo Island 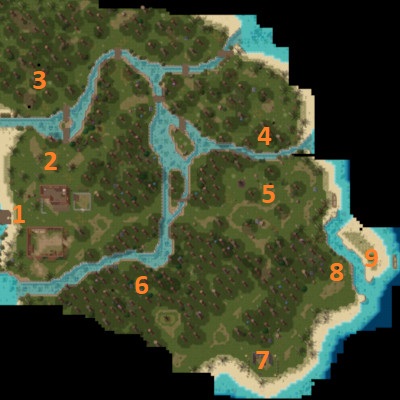 You start the game near NPC Alex Strongarm (No.1), who will be your guide in the beginning. Ask him to teach you the basics, and he will give you a mission to hunt 5 Rabbits (No.2) and to get 5 Hare Meat from them. 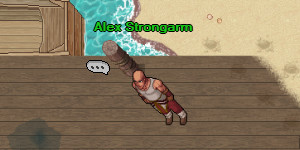 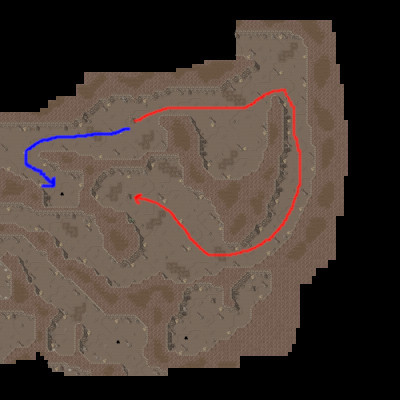 Monsters on the way: Bats 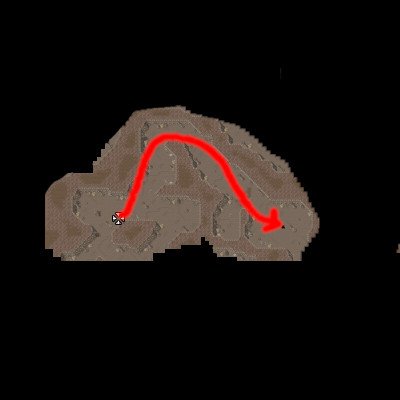 Monsters on the way: Spiders and Snakes 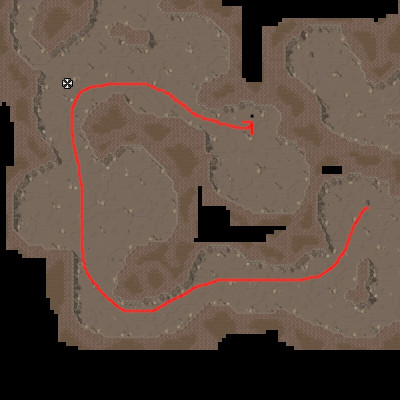 Monsters on the way: Spiders, Wormibs 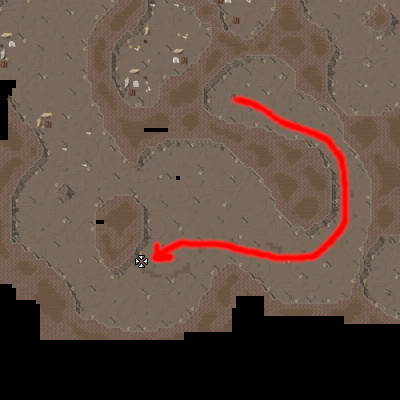 Monsters on the way: Wormib 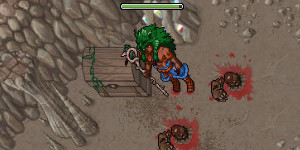 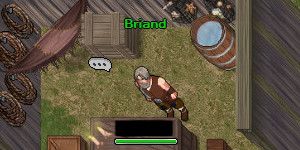 NPC Briand - Buys and Sells items. He will be interested in Pirate Treasure. 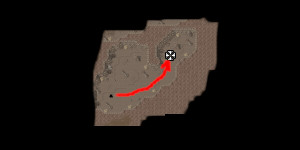 Exit to the East. 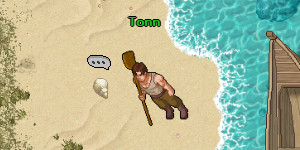 NPC Tonn - the Fisherman who travels to Doncaster.

Leaving Mangoo Island, in general, shouldn’t take longer than one hour, and with our guide, you should be able to do it in 30 minutes. If you want to read more useful articles about Bloodstone: The Ancient Curse, make sure to check out what we have prepared for you on our website. We have driven in-depth with description on every class, so if you need a build or additional info that can help you decide what class is worth picking head over to our Classes Guide.

ElderTomson • 11 April 2020 Tibia is that you? Reply
Rathinox • 23 April 2020 omg this guide saved my ass. There are no good English guides on internet about Bloodstone Reply
Rhaelrgan • 29 April 2020 No killing rats? Ngl I'm a bit dissapointed. Reply
dyotter31 • 2 May 2020 There's a beginner island? How similar to tibia is it xD? Reply

Bloodstone Archer guide - shoot them monsters like a boss!