FFXIV Main Scenario Quests - Join the adventure with this guide!

Main Scenario Quests in Final Fantasy XIV: A Realm Reborn are hundreds and very differentiated. Also called Main Story Quests, these missions are the ones that drive your destiny from the beginning of the game until you hear the call of the Crystal, and become the Warrior of Light, that is to say, from level 1 to the level in which you establish the retrieved peace in the Realm. These quests are characterized by cutscenes, which have a set of voice acting. This is because they are very important for the development of the plot. Also, these quests reward you with a lot of XP and one or another piece of equipment.

Keep reading this  FFXIV main scenario quests guide and meet all quests that happen in all the landscapes and towns and that are part of this incredible game. Many quests are waiting for you in Eorzea, the world of Final Fantasy XIV.

* Main Story according to the level you have in FFXIV

Main Story according to the level you have in FFXIV

Main Story Quests begin after you choose the great city where you start the Final Fantasy XIV journey. Regardless of which city or class you choose, the paths share fate. The First Main Scenario Quest is always the same, ‘Close to home.’ The only thing that changes is the Quest Giver. The Quest Givers are the properties of the different Adventure Guilds of the cities. The first NPC that you find in the game will indicate where to look for this Quest Giver.

The first 23 MSQs also depend on what class and city-states you choose. The stories differ in this first part of the game. Remember, the three options you have are the nation of Ul dah, in the desert of Thanalan, the city-state of Limsa Lominsa, in the Southern Coast of the island Vylbrand and the land of Gridania, located in the center of the Aldenard Continent, in the Black Shroud.

The MSQ in Final Fantasy XIV is divided into eight categories. Each of these categories corresponds with different levels, that is to say, from a certain level to another level. As you might suppose, the first category begins in level 1 and goes forward until level 50, which is when the starter pack of Final Fantasy XIV: A Realm Reborn ends. Basically, the Main Scenario Quest is divide into the following categories: 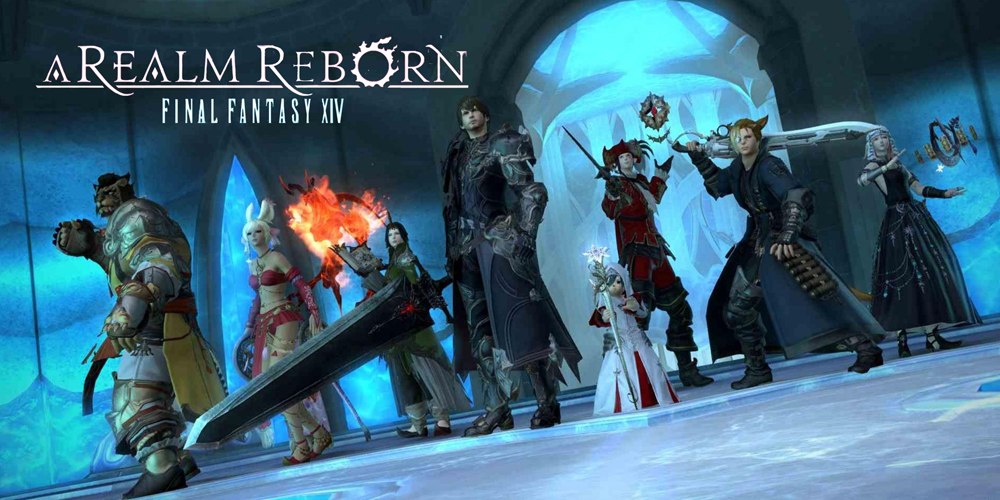 As we mentioned in the introduction of this article, the initial 23 quests of the Main Scenario Quests depend on the class you are using and you choose when you start ARR. As you should know, if you choose to be a Pugilist, a Gladiator, or a Thaumaturge, you will start the game in Ul’dah. Your first quest will be ‘Close to Home,’ and the Quest Giver is Momodi, the Quicksand Proprietress. On the other hand, if you choose to be an Archer, a Lancer, or a Conjurer, you will start your travel in Gridania. Your primary quest will be the same, but in this case, the Quest Giver is Mother Miounne, the Carline Canopy Proprietress. Finally, if you choose to start the game as an Arcanist or Marauder, you will need to talk with a man in the Drowning Wench, Baderon, the Proprietor. In three cases, completing this mission unlocks the ability ‘Return.’ With the progression in the MSQ, you will have access to new abilities.

Another important quest similar in the three cases is a level 15 quest, which unlocks the Airships. At this point in the game, you will be able to leave your initial destination and start to travel for all the continent. Now is when the real struggle begins.

MSQ after leaving the Great City

The quests that begin with a single path are ‘The Call of the Sea’ and ‘It's Probably Pirates.’ This last one is the quest that unlocks the first Dungeon in the game, Sastasha Seagrot. Later we are going to come back with the Dungeons.

Another important quest in Seventh Umbral Era Quests is the level 17 quest ‘The Scions of the Seventh Dawn.’ This mission unlocks Retainers but also introduces the order with the same name located in the Waking Sands.

At this point, a fundamental quest to travel through Eorzea is ‘My Little Chocobo.’

It is not an MSQ. It is an optional quest, but a really important one. The only requirement to access this quest is to complete the previous quest, ‘The Company You Keep.’

Next, you have a level 2 0 Quest called ‘Lord of the Inferno,’ in which you have to face Primal Emperor Ifrit. In a later section, we’ll make a list dedicated to the Primal’s Quest.

Then, at level 20, you have the quest that asks you to join a Grand Company. The quest is ‘The Company You Keep,’ but it is different depending on the GC you choose to join.

Also, at level 20, you will find the quest Sylph-management, which unlocks the Job Quests.

From now on, you will find some quests that increase Mount Speed and others that complete certain Quests Achievements, so you will be rewarded somehow.

The level cap in this part of the Main Scenario Quests is 50. And you must remember that this introductory part are the quests that come by default in A Realm Reborn. For the next quests, you have to acquire the expansions. 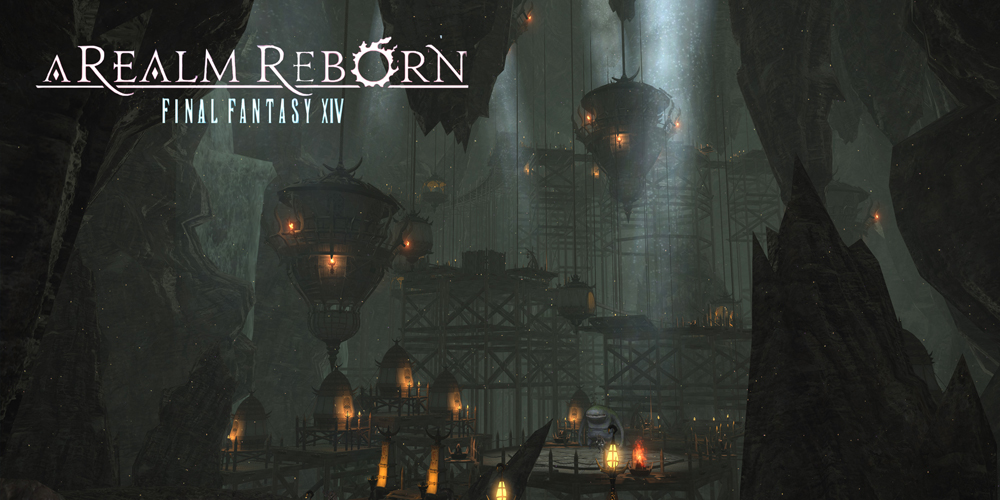 Many Dungeons are a very important part of the storyline of Final Fantasy XIV: A Realm Reborn. In addition, many of them are required if you want to advance in your adventure.

We already mentioned ‘Sastasha Seagrot,’ the first Dungeon in the game. Players will not have any problem finishing this quest.

Some of the main Dungeon in the Main Quest Line are:

In addition to the previous ones, some dungeons have been included in some patches. The following is a list of some of them.

Talking about Heavensward Main Scenario Quests, there were some dungeons included in the main storyline.

The Dungeons available in the patches of Heavensward are the followings:

In Stormblood Main Scenario Quests, you will find the following quests and dungeons.

In the patches of this expansion, you will find the following Dungeon.

Shadowbringers patches also have some dungeons that are required to finish the main storyline.

As you should know, Final Fantasy XIV: A Realm Reborn has a lot of side quests. Many of them are optional Dungeons. We recommend that you complete these Dungeons as many times as possible because they will reward you with incredible items, rare gear, and equipment. 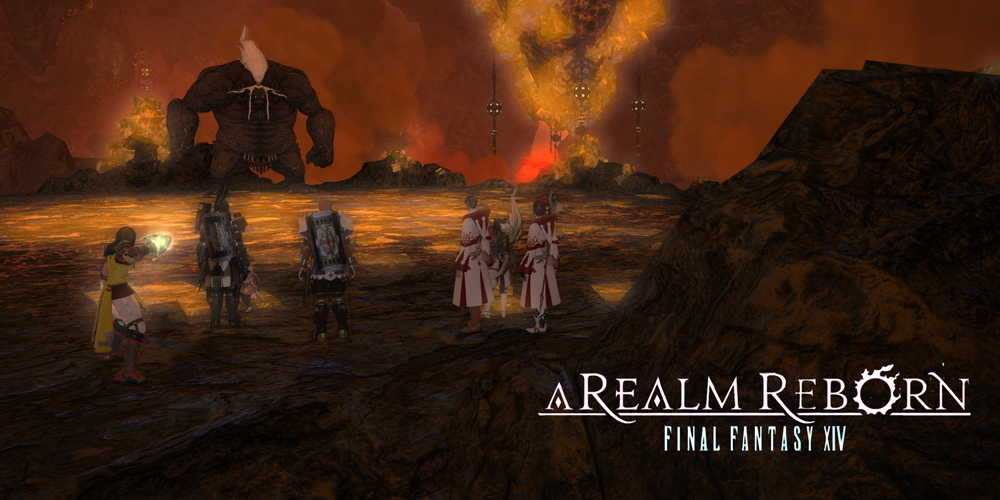 Many Trials in FFXIV are required to move on in the MSQ. Most of them are battles against Primals or powerful enemies. In general, you will have to face classic invocations of the franchise, Espers, Summonings, etc.

We have come to the end of one of the best reviews and pages you will see in your life. To be realistic, Final Fantasy XIV: A Realm Reborn has hundreds of quests, among these, Main Scenario Quests and Side Quests, not to mention the Jobs Quests and Class Quests. If you are a player in the overview community, then you don’t mind, and you may enjoy the challenge. Anyway, the list is endless, and the content is too much. Thanks to the people at Square Enix, we can spend hours and hours wandering Eorzea facing one enemy or another and doing quests. If you are interested in other aspects of this marvelous game, besides the questline, you can make a quick search on our main page and read about FFXIV Materials or FFXIV Retainer. Our content is better than the wiki one!

How many MSQs are there in FFXIV?

There are more than 250 Quests in the Main Scenario Quest in Final Fantasy XIV, including ARR and the three expansions and their patches. Completing all the quests is the longest slog of the game. Many of these quests are filler but, in some way, explain different aspects of the game.

How many Main Scenario Quests are there in Shadowbringers?

There are 150 Main Story Quest in total in Shadowbringers. This number includes the Main Quest Chain and all the patches that have been released until now. The quests of Shadowbringers are one of the best aspects to explain the final part of the game.

How many Quests are there between ARR and Heavensward?

The Final Fantasy XIV: Realm Reborn is part of the adventure with more quests. Over 220 quests, not including side quests or other types of quests. A rule to reach the goal of entering the Heavensward region is to have completed the quest from 2 0 to 2 55 of A Realm Reborn.

What happens if you abandon a quest in FFXIV?

Anyone can abandon a quest in FFXIV. At the same time, you will not have any trouble or issue if you abandon a quest. The reality is the only thing you have to do is restart the quest, and everything will be ok. Remember that the Main Scenario Quest cannot be skipped, so they are always available.