Path of Exile 8 May 2020
SellersAndFriends

Path of Exile is a very complex game with multiple hard to understand mechanics. In this guide, we will be taking a look at item modifiers. We want to bring you closer to this topic to help you comprehend how mods in items work, what their types are, and what you can improve when looking for the best ones. Here is our guide to items mods in Path of Exile.

What are mods in Path of Exile

Modifiers can change various aspects of the entity that they are on. Usually, they come in the form of bonuses for items, but they might also affect other things like Strongboxes, Areas, or Monsters. Mods can be both beneficial and adverse, but most of those found on items are positive for your character. Modifiers can apply statistics, buffs, or grant skills to an entity. They are applied directly, under specific conditions, or just in random circumstances.

Implicit - Implicit modifier is the one that's above the line with all of the other modifiers. Those effects can be changed via effects such as corruption and enchanting.

Prefix - Prefixes determine not only one of the bonuses on an item of Magic type but also the beginning of its name. If you have a "Vicious Broadsword of the Lynx," your Prefix is "Vicious," and it gives between 85 and 109% increase in Physical Damage.

Suffix - Suffixes determine bonus and last part of the Magic item's name. If you have a "Vicious Broadsword of the Lynx," your Suffix is "Of the Lynx," and it gives between 13 and 17 increase in Dexterity in this case.

Corrupted - Corrupted items have a Prefix that has been altered by the Vaal Orb (currency item). They offer different bonuses than regular mods.

Enchantment - Enchantments have their modifier slot, and therefore they do not affect implicit modifiers. Each Enchantment mod is acquired from the Labirynth.

Vaal Orb - corrupts the modifier, which might give various results like adding or replacing the existing modifier.

Enchantment - Can add a new implicit modifier on Gloves, Boots, and Helmets.

Explicit modifiers can drastically change depending on the item rarity and other modifications. The number of affixes depends on the rarity.

On items, modifiers can be changed by various currency orbs.

Each PoE Affix has a certain level that it might appear on. You cannot find all of the Affixes PoE has on early game items as some of them can affect entire builds and have a drastic impact on the gameplay. To find items with the best modifiers in the Path of Exile, players will have to complete high-level maps and finish the toughest bosses in the game.

Choosing the right modifiers for your equipment might be a very challenging process, and finding the right ones takes not only time but also lots of currency. Make sure to choose what you wear wisely and always try to upgrade your gear with mods that will help your character become stronger.

We hope that this article has given you enough information about modifier content in Path of Exile. If you need to read more about PoE Affixes and other things that refer to Grinding Gear Games product, make sure to use official PoE Wiki. We would love to hear your opinion about this article and the site that you are on, so please leave a comment in the section below and tell us what you want to see in the future guides. SellersAndFriends is a gaming community, so get to know us better by signing up with the button at the top of the page.

If you are looking for cheap in-game currency, then you are in luck! SellersAndFriends offers the best prices for Lineage II Adena, OSRS Gold, Final Fantasy Gil, and other forms of in-game currency! By clicking on the "GAMES" section at the top of the page, you can see what we have in stock. Every little bit of gold that you buy from our website comes from legal sources, and because of that, you can always be confident that our currency won't get you in trouble. A transaction takes one minute, and you will receive your purchased goods within the next few minutes. Check out how simple it is to get rich in the game that you play with SellersAndFriends!

Where do I get crafting mods PoE?

Mods are present on all items besides common ones.

Can you have multiple crafted mods?

Are Veiled mods prefix or Suffix?

"Chosen" is Prefix and "of the Order" is Suffix.

TemperTemplar • 8 May 2020 The one major tip is that mods are unimportant until the late game. Its so much better to just rush through the game to find new eq Reply
Scionix02 • 9 May 2020 IMO rare items with good mods are much more valuable than Uniques early in the game Reply
Superbro • 13 May 2020 Not so easy to grasp, but that's PoE for ya :D Hours and hours of grind and maybe you'll get some half decent mods on the right items. Welp, that's why we keep playing, right? Reply
RAMIREDDY11 • 14 May 2020 Theo one important thing is to get as much movement speed as you can. Get some AoE and just zoom through maps killing everything on screen lol Reply
TheJoker91 • 19 May 2020 Grinding for Gear in their Games - get it? :D Reply 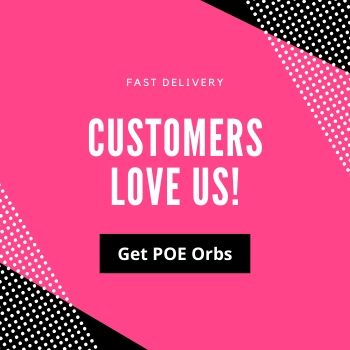