Escape from Tarkov BEAR or USEC - what to be?

Escape From Tarkov is one of the most popular games in the English language and one of the American and European players’ favorites. This title has many positive comments on the game reviews, thanks to the developers’ job of giving us a game we can all enjoy and share with friends.

Escape From Tarkov has this simple plot: you are a guy, and you have to choose between SCAVS or PMC and between BEAR or USEC, which are different military companies, and your main objective is to move through this hard fictional land, search for heavy armor and American or Russian items like weapons and jackets to loot, avoid being killed and find a place to escape successfully -these are called extractions points, each map has different ones with unique characteristics in order to open like special keys, a specific player amount in order to open, and established time zone or payment in roubles, the money of the game you can also find by registering the map-.

Explore this place with a friend, become a member of a team or a corporation, or go through Tarkov as the character you want and become a sort of a hermitage on this hard land Battlestate Games has made for you. What will be your choice?

Escape from Tarkov is a game we love to talk about, or keep reading this guide, that will provide you the information to an important question: what’s the difference between BEAR and USEC? Keep reading it so you can decide which character you’d like to be. 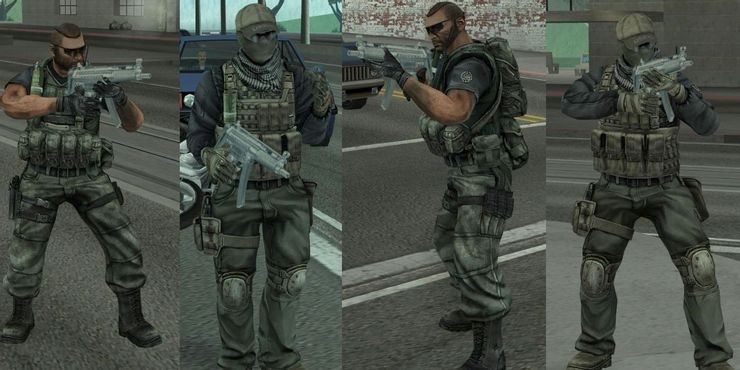 Differences between BEAR and USEC

Let’s cut the chatter. Of course, we know you are here for information about the characters in order to know which is more powerful or has better skills. We’ll try to share with you the most critical points of both in order to make the right choice between an Escape From Tarkov BEAR or USEC.

Well, the main difference in the game is that BEAR is Russian while USEC is American. This means the language is different, so you won’t be able to understand some things about the voice lines your character has. This may be important depending on whether you use the voice chat during the game or not.

It may happen that depending on your character, BEAR or USEC, it may respond to different things about the game. Developers of Battlestate Games have added Escape From Tarkov BEAR characters with a calmer temper. They won’t respond to taunts from other players, helping you remain hidden if you need it, but on the other hand, BEAR characters can also mock and be provocative when they kill someone.

Another difference you should consider when choosing to be an Escape From Tarkov BEAR or USEC is the weapons each of them has depending on which member they are part of.

This is one of the main differences between deciding to be a Russian BEAR or an English speaker. When a choice is made, players are provided with an AKS 74U if they have decided to be a BEAR, while USEC get other weapons like the MP5. Battlestate Games has also established you can get some additional faction bonuses during the game like  Kalashnikov and heavy weapon skills when you are a BEAR and light-medium skills for American weapons if you are a USEC.

BEAR or USEC, you don’t have to worry about the faction you choose since both Russian and English speakers will be great options during your search for success on Escape From Tarkov. The best part of this is that if you start to feel unhappy with the faction you belong to, you will be able to change it in the game during the server wipes, so don’t panic. 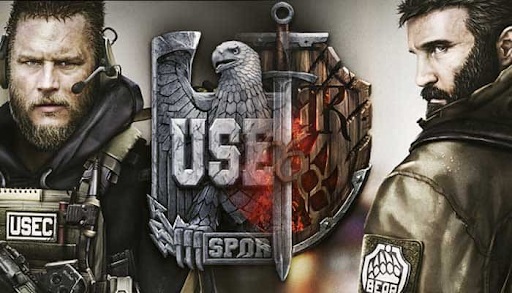 Conclusions to choose your faction

As you can see, the differences between USEC and BEAR are not that big, both of them, since the beta phase have been amazing and have something to provide for the players. The Escape From Tarkov guys are always looking for their players to be all happy during their navigation on X or Y map. It doesn’t matter the name.

We hope this guide could have answered your main question about the faction to choose on the game. Sure, we will have more posts with news and content of this game because it is something we enjoy.

By clicking on this link, you can read more about general matters of Escape From Tarkov, like who is the Terra Group, PMC basic and advanced tricks, the guide about almost every map, and more information about the factions like BEAR or USEC. Don’t forget to share it. We won’t claim you for the rights reserved, and this is not an affiliate commission program! 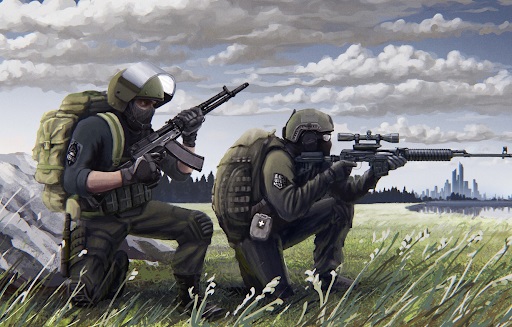 Does it matter if you choose a BEAR or USEC?

The faction you choose will be more or less the same during your adventure. The main differences are the language and some weapon skills, and tempers during the game.

Can BEAR and USEC play together?

Yes, both factions can play together, but if there is a change in the future, we will share it in this guide.

What is USEC Tarkov?

USEC is one of the factions you will find through the game. They are American, they speak English, and they have better skills with some weapons in comparison with the BEAR guys. They are badass guys that loot on this difficult country and will kill everyone in order not to share, what they got.

Is there a tutorial for Escape From Tarkov?

Yes, you can find a guide almost on every place since this is a popular game. There are many things to know and understand, like for example the difference of playing as a SCAV or a PMC, you can access and share all this content here.

Red Keycard Tarkov - Learn How to Get this Valuable Item